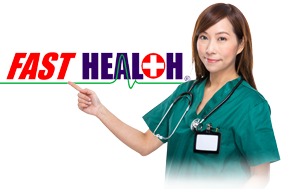 We're proud to have Amanda Gaudy, APRN, FNP-BC, as a part of the Massac Memorial family. Amanda began her career in December 2001, after graduating with a bachelors degree in nursing from Murray State University. She worked in the pulmonary unit at Western Baptist Hospital soon after achieving her board certification as a Registered Nurse. In May 2009, she earned a master's degree in nursing from Murray State University while working full-time at Western Baptist. She soon started working at a private practice and obtained ANCC Board Certification as an Adult Health Clinical Nurse Specialist, APRN, in September of 2009. Amanda later transitioned to Massac Memorial Hospital in May 2019 and started earning her Family Nurse Practitioner Certification. She later received a Post-Masters Certification from Austin Peay State University in December of 2020 and received ANCC Board Certification as a Family Nurse Practitioner soon after. She currently works at the Integrated Care Clinic at Massac Memorial Hospital as a Family Nurse Practitioner, caring for all ages and conditions. She also serves as the wound care APRN. Amanda lives with her fiancé of 7 years, Chad Reed. She has one son, Joe, who is a Marshall County High School senior. She also has a stepson, Beck, who is a large part of her life. When she's not caring for patients, Amanda loves to boat on Kentucky Lake and travel.